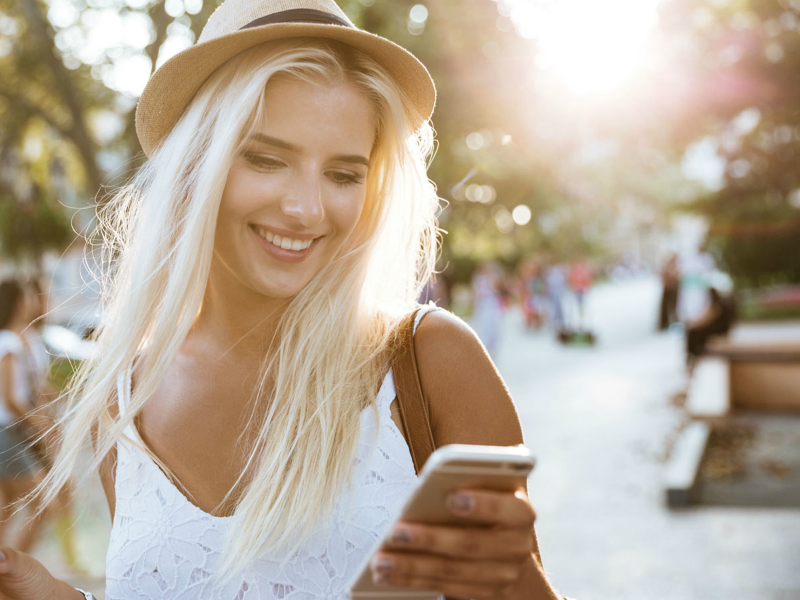 The modern school’s new problem, using cell phones in class, has become truly global. The use of cell phones should be banned, because its negative influence on the physical and mental health of students as well as learning process exceeds the advantages of this device.

Each student has a mobile phone, which became a constant headache for teachers. Today, it is difficult to imagine a student without a mobile phone, Smartphone, iPhone or iPods. In Europe, many schools forbid their students to use mobile phones so that they do not distract from the educational process. In the United States, there is a law that prohibits all forms of electronic communication in schools. In some states, this prohibition has gone further: students are checked with a metal detector for the presence of cell phones at the school entrance. For example, in Abilene (Texas), the students are penalized for the use of mobile phones in school. According to the rule, teachers are allowed to confiscate mobile phones and give them back only after paying a fine. However, today, the movement of parents for repealing these laws is growing. Parents believe that they should always stay in touch with their children. Authorities are looking for a compromise. For example, there is a suggestion about the installation of software on the phone that eliminates the possibility of calls during school hours.

Surely, the use of mobile phones has its pluses, but there are more disadvantages. Constant ringing of mobile phones distracts the teacher from the lesson; an endless stream of SMS draws away students’ attention. All these are caused by such a mundane thing as a means of communication, becoming a perpetual stumbling block in schools.

Cell phones should be forbidden in class because of their harm to health. It is proved that the magnetic fields are harmful. This harm is dangerous for the child’s body. Electromagnetic radiation of cell phones leads to memory loss, high blood pressure, insomnia. Radiation negatively affects the entire body, but the central nervous system, immune system; brain is mostly affected. Moreover, cell phones have a very small screen, which affects the child's vision, especially if the child spends too much time in the mobile Internet or games. Constant calls and listening to music can contribute to the child’s hearing loss. Long-term cell phone use may cause malignant brain tumors (brain cancer).

In addition, children begin to communicate with friends only via mobile phone, and then lose socialization skills with peers. Earlier, children communicated with each other and played outdoor games during the breaks. Today, they are busy with their mobile phones. Moreover, there is a psychological dependence on the phone. A student cannot give up the phone even for a moment. Having forgotten it at home, the child feels anxious and cut off from life. The users of the mobile phones are characterized by the increased anxiety and a greater susceptibility to psychosis. There are new terms in the psychology: mobile relationship and SMS-mania. Moreover, cell phones provide the access to the Internet, which hides many dangers. If a child has access to the Internet, there is a risk of unauthorized transfer of funds, as well as access to harmful content.

Despite the arguments about the harm of the phones, many parents believe that the mobile phone is able to solve a lot of problems with children. If a child gets to school and then returns home alone, the phone becomes very handy thing to calm the parents. The modern satellite positioning system made possible to know the location of the child. Surely, cell phone serves as the subject of the control. The mobile phone is needed to ensure that parents can get in touch with the child at all times. If the parents need to tell the student some information that cannot wait until the evening, they do need to come to school and look for their child. They just need to call. This saves valuable time. It is also a means of emergency. The child can always contact with adults during an emergency. There is no doubt that the mobile phone gives such an advantage: at any time, even if an emergency occurred, parents could always contact with the child. If there is a need to call the police or an ambulance, the mobile phone will allow to make this fast. However, parents should understand that while mobile phone provides the confidence and tranquility for them, it causes irreparable damage for their children both psychically and psychologically.

The use of cell phones should be banned because they distract from learning. Games, Internet, chat, talk with friends affects the child’s studies. There is no guarantee that the children will not be distracted by typing the text in the classroom. As a result, they will not be concentrated. When the phone starts ringing in class, the teacher can get distracted and forget what he was talking about. In addition, parents have no control over the content a little child has on a mobile. Moreover, students use cell phones as a cheat sheet, which is not acceptable in school. Now mobile phones have a huge number of functions that can replace a cheat sheet on the exam or test work. Schoolchildren can go online to get answers to any questions about the assignment. Thus, relying on the fact that it is possible to cheat, the child does not study. Respectively, the level of knowledge decreases.

The opponents of the prohibition of using mobile phones argue that cell phones contribute to the development of technical thinking among children. Every child develops and tries to catch up with the development of the technology world. There is nothing wrong with this: technical knowledge will be useful in the future. The mobile phone has several applications: calculator, camera, and Internet. These applications can be very useful for a student. For example, one can simply take a picture of the desired information from the board. Mobile phone develops responsibility, as student learns to bear responsibility for it. However, there are another ways to develop technological abilities and knowledge among students as well as to teach them to be responsible. Children can go on various trainings to improve the knowledge of particular things. In class, they should concentrate on learning process, not on mobile applications. The time that is spent on the mobile phones can be spent on doing sports or developing different abilities and personality traits. It is crucial to inculcate a culture of using mobile phones, so they do not interfere with the educational process. The main rule for using cell phones is that students’ phone use should not interfere with the training sessions at the school.

The cell phone is considered to be an object of envy. There are various models of cell phones. Rich parents can buy an expensive mobile phone for the child, while the poor child possesses a cheaper one. This can lead to various social problems, such as jealousy and theft. Moreover, if the phone is expensive, it will become a lure for thieves. The phone can be simply pulled out of the child’s bag. Thieves can also apply force, which is more traumatic for the child's fragile psyche.

Despite this, many parents consider buying a mobile phone to be a great incentive to students’ evaluations and behavior. The cell phone is one of the ways of socialization. If all classmates have cell phones, and only one student does not, or has the cheapest one, he will feel himself flawed. This is a distinctive feature of the school age: the child should not particularly stand out from the group in order to be accepted by friends. Children share music, games, SMS, call back with each other outside the school. However, school administration, authorities and parents should understand that only rich kids have exclusive mobile phones. The permission of using phones in class will cause social hierarchy. The parents should regulate the child’s use of the phone. It is better to refrain from buying an expensive gadget in order to avoid trouble. In addition, parents should control the use of the phone in school. It would be better if the student hides the phone after crossing the threshold of the school. Parents should teach children the culture of communication by telephone. In order to teach a child to use a mobile phone for its intended purpose (make and answer calls), parents have to demonstrate a personal positive example.

Having analyzed pros and cons of mobile phones in school, it can be stated that there are many benefits of their use for students and their parents. It is essential to understand that the authorities, teachers and parents have to fight not with cell phones, but with low culture level of students. The problem is not the presence of the phone, but its proper use. Therefore, the class teacher has the opportunity to convey information regarding the use of cell phones by children to their parents, talk about the researches on the effects on children's health, and make recommendations on how to safely use this means of communication. It is important to discuss the pros and cons of using mobile phones with students, carry out interviews to promote a culture of behavior of phone owners in today's society. However, today, taking into account the harm for health, negative impact on learning process and other disadvantages, the law on phone prohibition in school should continue to exist.